4 technological agricultural trends across the globe worth watching

4 technological agricultural trends across the globe worth watching

Advancement in technology is always accompanied by innovative ideas and exciting new discoveries, and the agricultural industry is no different to any other sector. Farming technology is evolving, as seen in the design and manufacturing of tractors and equipment. Modern computing methods enable farmers to monitor, control, and maximise crop yield.

With so many promising possibilities, we look forward to a prosperous future for farming in our country. In the following article, we share our selection of the agricultural trends to watch in 2016 and beyond.

Genetically designed food may not appeal to you, but it’s a technological advancement that humankind needs to survive and thrive. In many parts of the world, particularly in drought-stricken areas, new methods for planting and growing specialised seeds are urgently needed to withstand harsh, changing climates. The entire world would have been facing a food crisis were it not for a few scientists who are researching ways to produce crops that are more resilient. Unlike genetically modified food, which has had its DNA altered in a way that does not occur naturally, genetically designed (or engineered) food has genes from another plant or animal inserted into its DNA

Agricultural robots will become standard equipment in the future, particularly when farm workers will no longer be able to supervise farming processes like harvesting, fruit picking, planting and irrigating. When thinking of robots, we tend to imagine friendly human-like walking and speaking machines such as we see in movies. However, in terms of agricultural robots, we are referring to voice and geo recognition software and data processing. Think of robots in agriculture being similar to a virtual field manager where decisions are made on gathered data. The same kind of software can be used to monitor the weather. This type of technology is sure to gain popularity in the not too distant future.

Using satellite imagery, intelligent networks and sensors, farmers are able to manage their farms more efficiently by observing, measuring and responding to intra-field variations in crops. Based on the data they collect, farmers are able to optimise their farms and define their farm management support system, while preserving resources. Analysing crop variances and weather statistics by means of precision agriculture techniques will afford farmers improved decision-making and seeding techniques. Ultimately, precision agriculture technology will help in field management, specifically in crop science, environmental awareness and protection, and economics.

With an estimated 7 billion people living in the world, expanding urbanisation is placing pressure on available land for agricultural purposes. Limited space almost forces one to be innovative, and that’s where vertical farming takes first prize. Vertical farming uses techniques similar to glasshouses where crops are grown vertically against light-reflecting skyscrapers. Crops are also grown indoors in vertical containers as shown in the image below. There are numerous advantages attached to vertical farming, including all year-round harvesting, protection against harsh weather, regulated temperature, humidity and light control, and reduced production and transport costs. The most amazing fact is that vertical farming does not require soil, instead relying on nutrient-rich water. 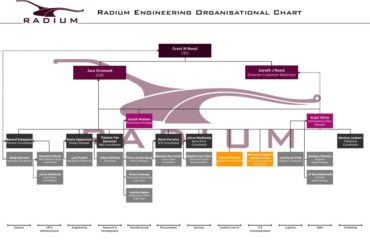