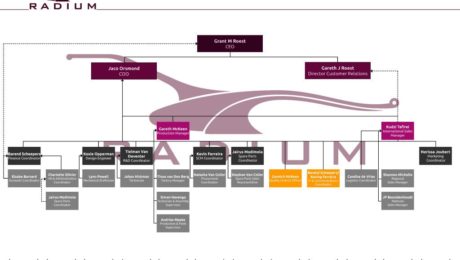 The first agricultural developments took place thousands of years ago and since then, many influential and notable farming figures have been the driving force behind the agricultural advancements that have taken place year after year. These movers and shakers all contributed in some way, either by introducing a new method, improving on existing machinery, or providing valuable information to agricultural communities. There’s no doubt that without these contributions, farming would not be what it is today. Join us as we get to know five leading figures who made their mark on the world of agriculture.

A progressive agricultural thinker, researcher and educator, George Washington Carver had one mission and one mission alone: to improve the lives of thousands of poor farmers. He knew that information was key to change for the struggling farmers in the South, and so he shared his incredible knowledge with regards to:

Apart from this, Carver is perhaps most famous for his research that involved finding suitable alternatives to cotton crops, with a particular focus on peanuts and sweet potatoes. He promoted the idea of farmers shifting their focus to other crops, instead of relying solely on producing cotton. In an attempt to educate farmers further and improve their farming methods, Carver encouraged them to take soil samples which could then be analysed, which shed some light on why certain yields were so poor. A true humanitarian, Carver undoubtedly helped to change the lives of countless farmers in the American South.

Perhaps one of the most important inventions in not only the world of agriculture and farming, but also in the development of society, the plough is a creation that changed the face of farming forever. Whilst John Deere did not invent the plough itself, he made one huge improvement to it: instead of cast-iron, Deere developed one made from steel in 1837.

Compared to its cast-iron counterpart, the steel plough worked far better in American Midwest soil, revealing its immense fertility, something directly linked to its previously unrealised yield potential. Suddenly, the incredible food producing ability of the Midwest was unlocked, with many farmers benefitting from this discovery. Deere also developed several other high quality pieces of equipment and to this day, his company maintains its status as one of the best construction and agricultural equipment manufacturers in the United States.

George Harrison Shull is synonymous with maize (corn) breeding and is very often referred to as “The Father of Hybrid Corn”. Using his botanical knowledge, Shull began experimenting in 1905, focussing on the inheritance in corn. Although many before him had made valuable contributions to the development of hybrid corn, it was Shull who made certain vital observations and deductions that would ultimately lead to hybridised corn being made commercially available by 1922. He produced maize breeds that bred true and then developed a way to cross breed the strains. A gifted academic, Shull also founded one of the top international science journals of today, Genetics, and functioned as a Professor of Botany and Genetics at the esteemed Princeton University.

A prolific agricultural figure, Norman Borlaug is considered to be the man “who taught the world how to feed itself”. In short: Borlaug saved billions of people from starvation. He conducted extensive research relating to wheat and its breeding, establishing his world-renowned wheat research programmes in Mexico. In 1970, he received the Nobel Peace Prize for his impressive work on the world’s food supply, after which he introduced the World Food Prize in 1986, an award honouring those individuals who help to further human development by bettering the availability, quality and quantity of food in the world. Borlaug dedicated his life to solving world hunger and worked towards finding a sustainable solution to feeding an ever-growing population through improved food production processes.

Cyrus McCormick is credited for being the brains behind the world’s first mechanical reaper. There was a definite need for a mechanical reaper since the harvesting of crops in those days required a large amount of manpower. After his father, Robert, was unable to perfect his device, McCormick took over, working tirelessly into the nights before eventually completing the machine and patenting it as the McCormick Reaper.  The introduction of the mechanical reaper led to the expansion of the farming industry in the United States, culminating in it winning gold at London’s Crystal Palace Exhibition. Many believe McCormick was in fact the “Father of Modern Agriculture”.

Fast fact: A slave, Jo Anderson, is said to have worked closely with McCormick in developing this machine.

Rachel Carson is worth mentioning too. Her 1962 book, Silent Spring, made waves in the agricultural industry with its focus on pesticides and their harmful environmental effects (as well as their effects on animals and humans). Carson made numerous presentations during which she supported her arguments with convincing documentation. A lot of what was said has and continues to be disputed, yet the impact Carson’s book had on the farming world cannot be denied.

Farming and agriculture are only where they are today thanks to the figures mentioned here and countless others. As the industries continue to develop and evolve further, a new string of influential people are bound to emerge – and we can’t wait to see what they uncover. 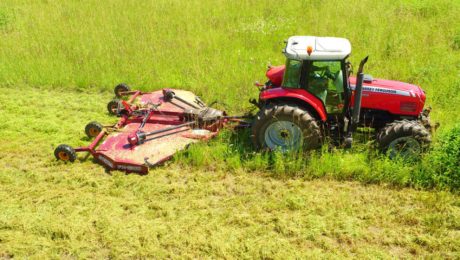 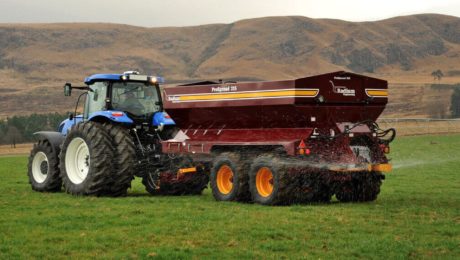 South Africa boasts some of the world’s finest vineyards and when it comes to the quality products required to maintain them, Radium Engineering offers superior machinery for exactly this purpose. Trusted by many, Radium’s Orchard & Vineyard range is affordable, reliable and robust, ensuring only the best results for its users.