Growth and development within the agricultural sector are at the forefront of human sustainability. The UK Food and Agriculture Association estimates that the world population will increase by a massive 47% bringing the total to 8.9 billion people by 2050.

To produce sufficient food to meet this demand requires the doubling of global agriculture in the next 30 years as shortages will result in humanitarian crises and national security concerns worldwide.

There are a number of techniques and technologies which are being developed annually and introduced to the agricultural market that are having a major impact. Below are some global and local predictions for 2017 and beyond.

The number of known chemical substances is believed to grow from 19 million today to 80 million by 2025 which means constant new methods of improving crop and livestock. Biological organisms are also being used to battle weeds, insects and diseases. NASA is taking it a step further by simulating ‘Martian gardens’ to determine what plants astronauts can grow on the Red Planet.

Huge innovation in the packaging sector is seeing the introduction of products that drastically increase the shelf life of produce by regulating airflow or using biodegradable matter. For example, Chiquita Brands International – a leading distributor of bananas in the United States – has developed a special membrane that doubles the shelf-life of a product through regulated airflow. We will continue to see more advancements in this area in 2017.
Photographer: David Paul Morris/Bloomberg via Getty Images

Global awareness about climate change is having a major impact on the agricultural sector with a drive towards the use of alternative fuels. In the United States, the Department of Energy plans to use alternative fuels providing 5% of the nation’s energy by 2020 while Europe plans for 20%. This will see a shift towards farming crops that can be used as an energy source.

Growing awareness about nutritional influence on overall health has seen a large spike in the demand for ‘fresh-cut snacks’ where convenience meets health. According to the International Fresh-Cut Produce Association, the fresh-cut snack market grew from about R120b to about R140b from 2003 to 2004. This has continued on an upward trend meaning fresh produce is becoming a prominent agricultural crop.

According to National Geographic, climate change is set to effect the type of crops grown globally as well as the yield of each crop with predictions extending to 2050. North America will see a drop in corn production of 20% while South America will drop by 15%. Northern European potato farmers can expect longer growing seasons while West Africa may introduce more rice. There will be severe changes in Asia because of the large population with a major loss of arable land and Australia will need to maximise efficient farming to combat the drought.

Despite political turmoil back home, the South African agricultural sector continues to grow with the introduction of several innovative methods, and by using the right farming equipment, efficiency can be increased.

Drones or UAVs (Unmanned Aircraft Systems) are being used with great effect in farming communities and South Africa is getting on board. Drones are able to scan thousands of hectares a day, delivering meaningful, real-time analytics via a tablet to the farmer. In addition, they can be used to herd and evaluate livestock; assist with spraying pesticides and even distributing seeds. One company, DroneSeed, has developed a drone that can plant 800 seeds an hour, something that would take one human a whole day to complete.

The impact of climate change cannot be understated and South African farmers are looking at insuring against weather volatility – considered normal practice in countries such as the United States. Customised weather derivatives are adapted for individual farms depending on location, time and pay out structure, among others.

The University of the Free State has developed a first-rate meat traceability platform that stores information about the growth and measurements of an animal from ‘paddock to plate’. This can assist farmers with production decisions while feedlot operators can identify high-performing animals.

The agricultural sector continues to flourish in South Africa and the overall trend for 2017 is based on sustainability, reducing the sectors carbon footprint as well as producing high quality foods and products. 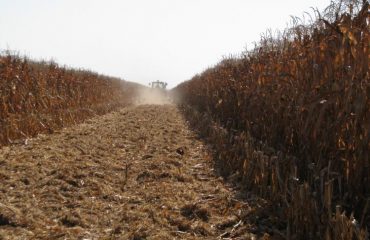